Dave Fitzpatrick of The Lotts Cafe Bar shares his experience of being a publican during COVID. He talks about how his business and his life has been impacted by COVID. He discusses the level of support being offered by the government and the his opinion on insurance companies.

LoyLap - How it started

Founded in 2012 by Patrick Garry and  Conor O’Toole LoyLap provides a platform to businesses which allows them to market to their customers in an automated way. It also allows customers to have a digital wallet, buy gift cards and preorder items.

The inspiration for the idea for the business came from seeing the positive response companies such as Starbucks had with the launch of their loyalty app. Even though the app was in its infancy and just provided loyalty functionality, the response was very positive.

They saw an opportunity to help other businesses avail of the same technology, particularly smaller businesses which wouldn’t have the resources to create their own application.

As the company launched it developed and adapted to the needs of its customers. Patrick states what the company has evolved into now was unforeseen back when the company first launched.

The background of the founders

Patrick says it wasn’t until later on as the company developed his experience in payments with Deutsche bank became useful. Understanding the payment directives such as PSD2 allowed him to understand the opportunities that were available for LoyLap.

Is prior experience essential for starting a business?

Often people, particularly young people, can be deterred from starting a business because of lack of experience. We asked Patrick if he thought you need to have relevant experience before starting a company.

“No. I don’t think so. Especially if you’re willing to learn.”

Patrick talks about how they didn’t have experience with loyalty systems but they knew loyalty systems were the way people would start to engage with technology with physical presence businesses.

Starting a business when you’re younger means you don’t have the same responsibilities as someone in their mid 30s or 40s has in terms of family life and financial obligations.  You also don’t need as much money to survive the younger you are. In the initial stages of LoyLap they were able to bootstrap the company on very low revenues. The younger you are the less of a risk it is.

Even if you start a company and it doesn’t work out, during those 2 or 3 years you will have gained so much experience. There are a lot of large companies in Dublin such as Linkedin, Salesforace, Google and Hubspot dying to hire anyone who has started or has been involved in the early stages of a company. It shows they have well rounded experience and they tend to fit well into modern office cultures. I’ve seen people for whatever reason, unfortunately their company wasn’t successful. But everyone of those people have found very good jobs afterwards.

How did you fund LoyLap at the start?

We had some money saved from working but we had only been working for roughly a year and a half, 2 years, so it wasn’t a lot. We were able to leverage the money we had saved through the Local Enterprise Office (LEO). We were provided with an R&D type grant where we could hire an engineer which helped subsidise our development.

How did you grow Loylap?

We grew LoyLap by reinvesting the profits every year. The quality of service we provide to our customers is paramount. Because of the nature of billing, if we don’t provide what we say we’re going to provide our customers can cancel our service. It’s not like selling a used car. We are constantly supplying a service to our clients which they can cancel if we don’t perform.

How did you get your first customers?

Any other advice for entrepreneurs?

My advice would be, if you are an early stage startup find yourself a good partner. Find someone who augments you rather than someone who is you. For example, if you’re good at sales don’t find another sales person. Find someone who is good at product. Also pick someone who will see the business through. When you are on low salaries and low calories it can be tough. It will take a significant amount of time until you can actually take a proper salary from the business. 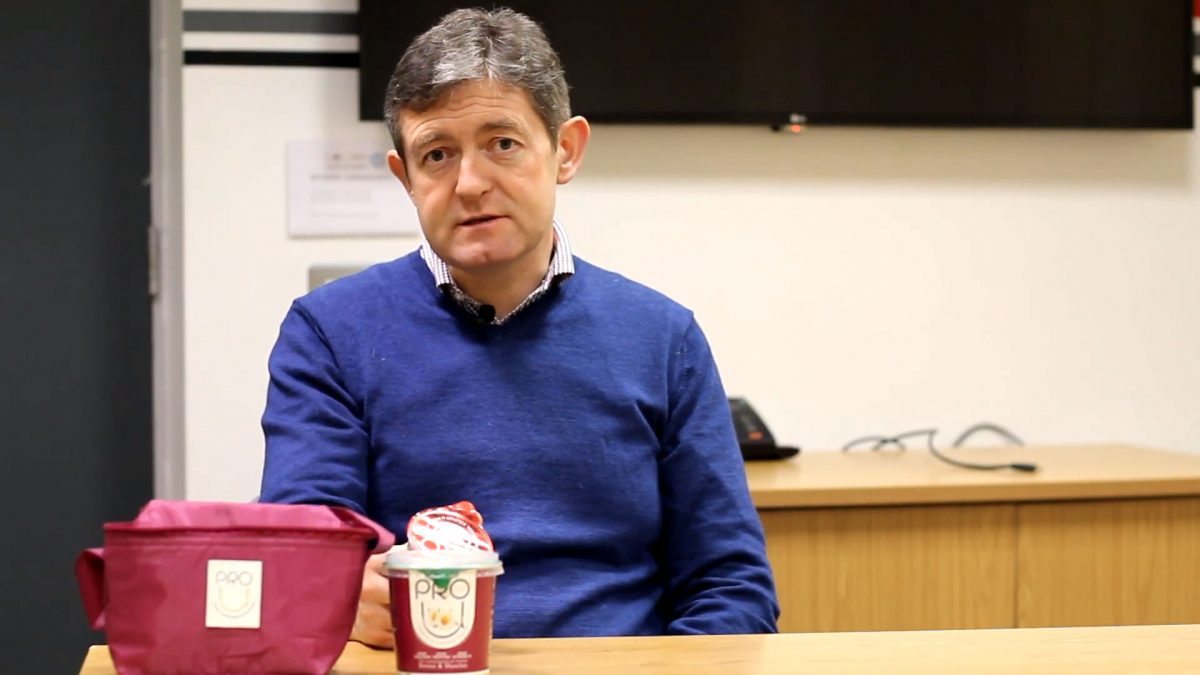 Michael Murphy talks about his company ProU yogurt and the health benefits it offers. ProU yogurt is fortified with protein, calcium and vitamin D to help maintain bond and muscle strength.

Andy Boland, founder of Trades Connect share his advice to those considering starting a business.

We use cookies on our website to give you the most relevant experience by remembering your preferences and repeat visits. By clicking “Accept All”, you consent to the use of ALL the cookies. However, you may visit "Cookie Settings" to provide a controlled consent.
Cookie SettingsAccept All
Manage consent

This website uses cookies to improve your experience while you navigate through the website. Out of these cookies, the cookies that are categorized as necessary are stored on your browser as they are essential for the working of basic functionalities of the website. We also use third-party cookies that help us analyze and understand how you use this website. These cookies will be stored in your browser only with your consent. You also have the option to opt-out of these cookies. But opting out of some of these cookies may have an effect on your browsing experience.
Necessary Always Enabled
Necessary cookies are absolutely essential for the website to function properly. This category only includes cookies that ensures basic functionalities and security features of the website. These cookies do not store any personal information.
Non-necessary
Any cookies that may not be particularly necessary for the website to function and is used specifically to collect user personal data via analytics, ads, other embedded contents are termed as non-necessary cookies. It is mandatory to procure user consent prior to running these cookies on your website.
SAVE & ACCEPT